The European Juggling Convention (EJC) is a week-long event, where jugglers and circus artists from all over Europe and the world meet.  The first EJC was held in 1978 in Brighton (UK) with only 11 attendees. Since then the festival has grown a lot – the biggest so far being Munich (D) in 2011, hosting 7200 attendees. The idea has always been „by jugglers for jugglers“, so everyone is asked to help and volunteer to keep the EJC affordable (check out the volunteer-page to learn more). The main events are usually a variety of shows, lots of workshops offered by everyone who wants to share their knowlege and tricks, and tournaments and games (for this years‘ events check out the events-page).

Usually the future EJC-teams propose to the EJA (European Juggling Association) to host the EJC 2-3 years in advance and jugglers vote for going to a city at the EJA’s General Assembly, that is held at every EJC. With EJC 2015 the procedure was different: originally Berlin offered to host EJC 2015 but had to step back from their plans. Then Karlsruhe (who already hosted very successfull EJCs in 2000 and 2008) offered to take over and organise EJC 2015. Unfortunately they also had to cancel their plans right before EJC 2014 in Millstreet (Ireland), due to unforseeable problems with the venue. That’s when the Bruneck team decided to jump in and offer hosting EJC 2015 although preparing the event in such a short timeframe brings its own difficulties. Nevertheless we are confident that we will have a great EJC 2015 as the team is very dedicated and motivated (a big thanks to everyone who already offered their help and support!) and the city of Bruneck is fully supporting EJC 2015 and is looking forward to welcoming the jugglers. 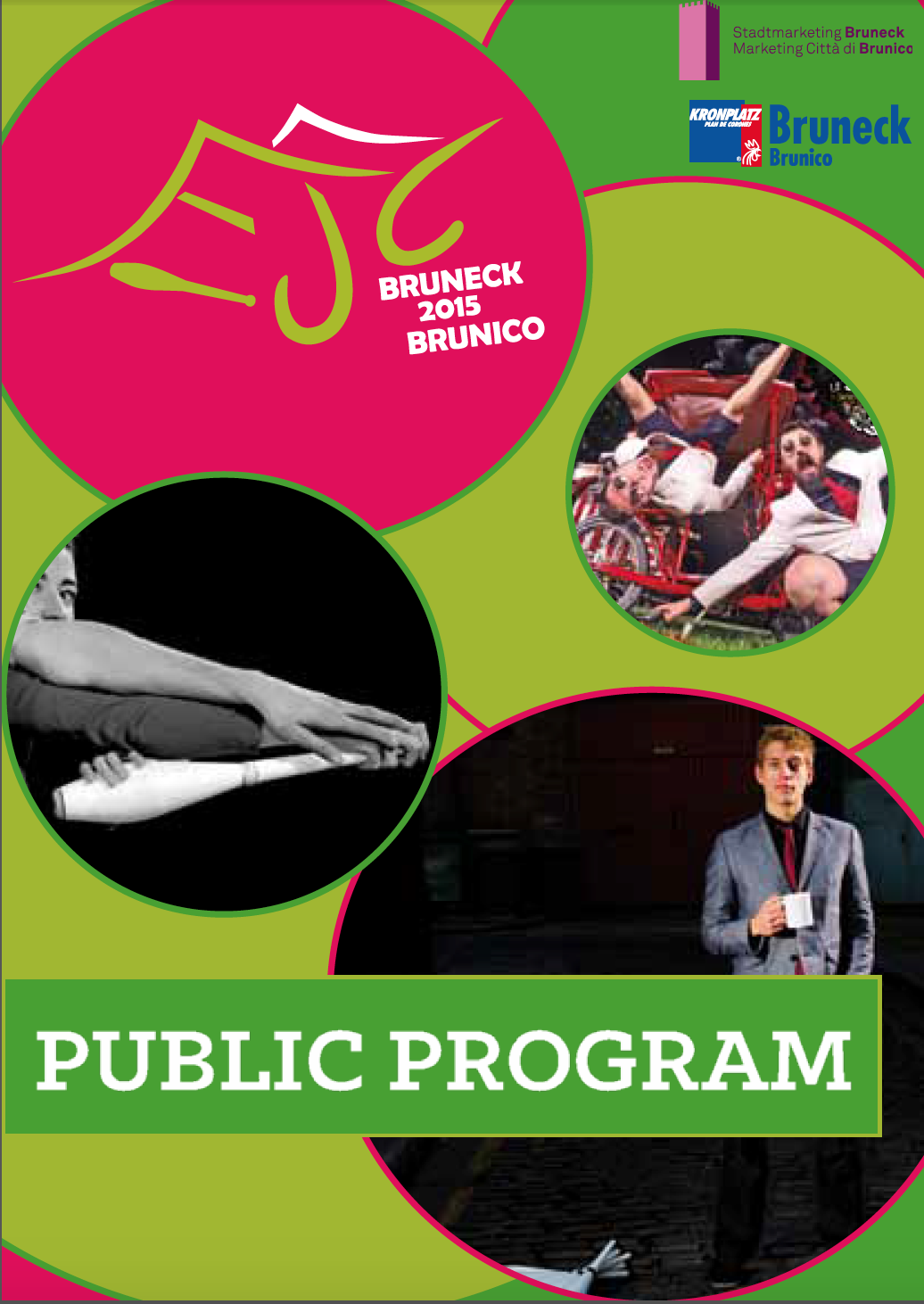